Monticello finished 24th out of over 50 Virginia High School League Class 3 schools in the running for the 2018-2019 Academics Wells Fargo Cup.

First awarded in 1990, the Wells Fargo Cup represents 29 academic seasons of excellence.  Six cups are presented, one for academic activities and one for athletics in each of VHSL’s six enrollment classifications.  The winners for athletics are announced following the completion of spring championships. 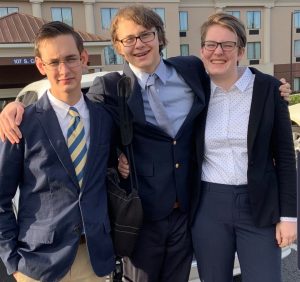