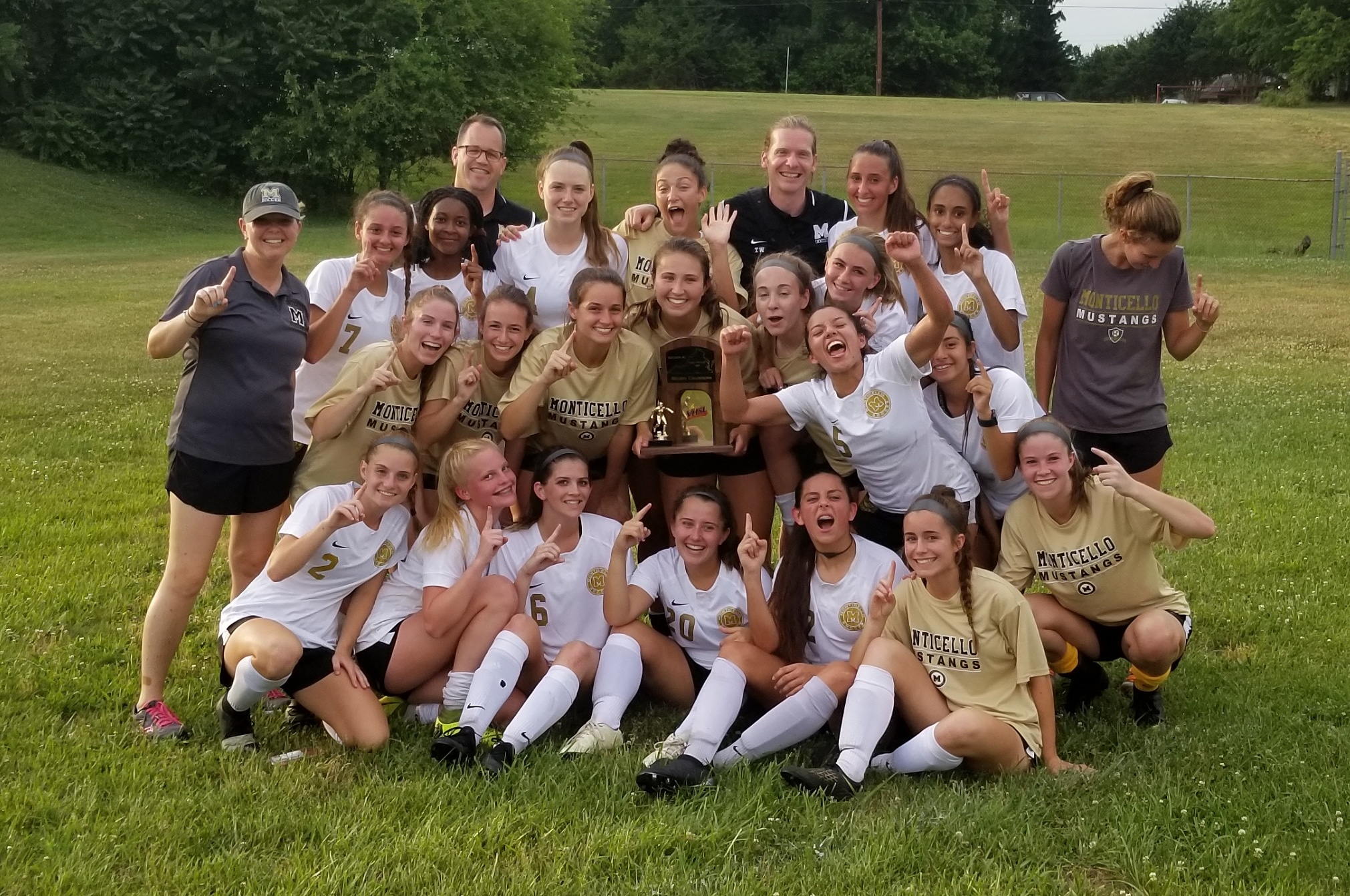 Kayla Burton scored the game’s lone goal in the 43rd minute, while keeper Erin Mathews kept a clean sheet for the Mustangs, who improved to 14-6 on the season while posting their 11th shutout.

The #7 seed out of 8 teams entering the region tournament, Monticello defeated the #2, #3 and #1 seeded teams by a combined 11-0 enroute to the program’s first regional title and second state tournament appearance under 5th year Head Coach Thomas Warren.

The Mustangs will host a VHSL Class 3 state tournament quarterfinal on Tuesday (6/4) vs. Hidden Valley or Lord Botetourt. Game time is TBA.